We’ve already explored some classical keyboard works for beginners that illustrate some elements of music. Let’s now take a look at some iconic composers and pieces from different periods in music history: Baroque, Classical, Romantic and 20th Century. 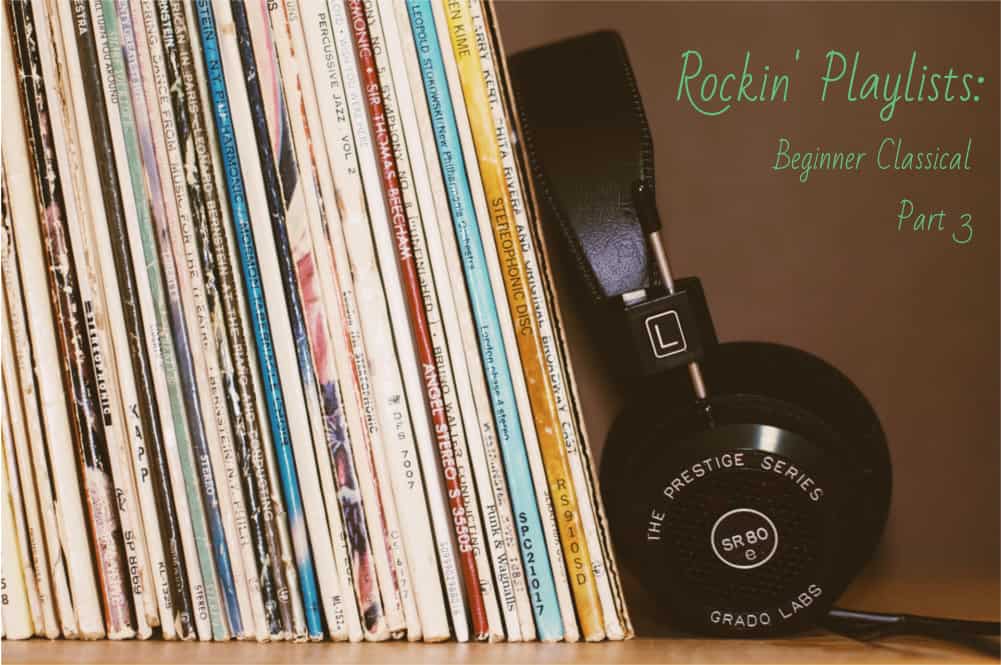 We cannot explore the Baroque period of music without talking about Johann Sebastian Bach’s Well-Tempered Clavier! The 2-book collection of preludes and fugues was composed for the harpsichord, the predecessor to the piano which produced sound through plucking the strings rather than striking them like the piano. Bach was using these compositions to explore the new-found, well-tempered tuning of the instrument. People could now play in any of the 24 keys without it sounding atrocious and needing to tune the entire instrument to change keys! Because of this new system of tuning, musical possibilities.

Below is a wonderful video of a harpsichordist celebrating the first book of Bach’s Well-Tempered Clavier. I particularly like how he plays a snippet of each key. There’s a prelude and fugue for all 24 keys!

To purchase another recording of the 2 Clavier books click MP3

Out of the Baroque Period emerged the Classical Period. It was a period of music in which composers began exploring more dramatic changes in dynamics, tempo etc. in a more simple, homophonic texture. Unlike the many counterpoint melodies in Baroque music, Classical music mainly used memorable melodies supported by harmony. All of this was possible due to a new instrument: the pianoforte. Because this instrument allowed musicians to vary dynamics and touch, musicality began to evolve.

In addition to other very famous composers like Mozart and Haydn, Beethoven was prominent during this period. In fact, he not only composed in the classical style, but he bridged the gap into the upcoming, more expressive romantic period as well. He was a beast!

Beethoven’s Pathetique Sonata is a beautiful example of the Classical Period’s typical sonata form along with Beethoven’s moodiness.

To purchase another recording of Beethoven’s for click CD

The Romantic Period is where composers’ freedom of intense emotional expression begins to really take flight. Composers and performers experiment with distinct tempo changes, contrasting dynamics, rich, more chromatic harmonies and so much more. This is one of my favorite periods in music because of all of these expressive characteristics! Things are more dramatic!

As an example of this period, listen to Frederic Chopin’s Nocturne in e minor, Op. 72, No. 1. A nocturnes is a piece of music that is composed to be night music, like a lullaby of sorts. But, they aren’t always happy in nature as this piece demonstrates. It’s in a minor key, but it still depicts a dreamy characteristic with it’s soaring melody in the right hand and moving triplet rhythm in the left hand. It’s one of my favorite pieces by Chopin, and I love Anton Rubenstein’s interpretation of it! This video is just the audio, but the performance is gorgeous.

To purchase a recording or Chopin’s work click MP3

Twentieth century music is interesting because it takes music to a totally different level! Composers began experimenting with a variety of sound combinations and ideas that differed completely from composition styles of old, especially when atonal music arrived on the scene. Students need to know about atonal music!

Atonal music takes the twelve-tone series of pitches and creates a systematic, mathematical composition by arranging those tones in a specified order. To some, it may seem as though the composer just threw some pitches together and called it a day, but it is actually a very planned, thought-out process of composition. Arnold Schoenberg is famous for this style of composition. Take a listen to his Six Little Piano Pieces, Op. 19 and see what you think! They are definitely different!

To purchase another recording of Schoenberg’s work click MP3

Finally, leave me a comment on which time period you enjoyed listening to!  I would love to know!